Skip to content
When it came for the first time, it was as same as a brick! Then, it started to be smaller. Once it’s size became as like as thumb’s! Fashion run through a cycle- evolution of cellphone has proven the theory! Coz’ it already has started to be bigger and bigger! Cellphone fashion has already fulfilled a cycle! It’s been 40 years, cellphone was discovered! Today’s article is about the evolution and revolution of mobile phone!

The original name of cell-phone is DynaTAC. It is the shorter version of Dynamite Adaptive Total Area Coverage. It was made by Motorola in 1973. It was called by ‘Shoe Phone’ as it’s looked like shoe! Martin Cooper, the vice-president of Motorola, made the first mobile telephone call using DynaTAC!

After experimenting for 10 years, Motorola brought the first commercial cell-phone. It was named by Motorola DynaTAC 8000X. Weight of this phone was about 800 gm! It offered a talk time of just 30 minutes, standby period was 8 hours. It took 10 hours to re-charge! It was equipped to hold up to 10 phone numbers in its memory. Price was 9,300$.

IBM brought a cell-phone named by Simon in 1993, Which could be used as phone, pager, fax, PDA. It is called as World’s first ‘Smartphone’. It had calendar, address book, calculator! It was being sold at $899. 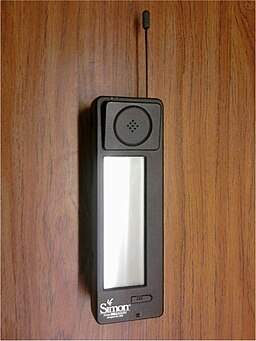 Nokia started to build their kingdom at this time. They brought Nokia 7110, which was the biggest bang at this time! For the first time, Wireless Application Protocol (WAP) had been added in this phone! Users could be able to see websites via mobile phone! In the same time, Samsung brought SPH M100 with MP3 support! It is included in The best 100 gadgets of Time!

Nokia 7650 is the first Smartphone with Camera. Nokia added Symbian Operating System in this phone for the first time! It had color display and joystick. Sony Ericson brought P800 with touch-screen, Bluetooth and VGA Camera support!

In this year, Research In Motion (RIM) brought Blackberry Quark 6210, which was one of the world’s most popular Smartphones! It was the first full-filled Smartphone from Blackberry.

Creating lots of buzz, Apple brought iPhone in 2007 and made revolution! To buy the first iPhone, people made storm in front of Apple Store all over the US. Whole touch screen, various apps made this phone so popular. It was being sold art $499.

Samsung came as a threat to Apple in this year. The popularity of Samsung Galaxy S series was increasing rapidly. It had Google’s Android operating system, big touch screened display, Wi-Fi, 5 mega-pixel camera and most speedy graphic processor! Within January of 2011, Samsung sold about 10 million Samsung Galaxy S worldwide

March, 2013. Samsung announced a new model of Galaxy series named Galaxy S4. They started selling Galaxy S4 in April 2013 worldwide and made a hit of 20 million selling mark within only 2 months! It was the record breaking mark of the history! Blackberry also tried to back in the race with Blackberry 10! Blackberry is hopeful with this phone!

Photo Source: All photos were taken from wikimedia.org under creative commons attribution licence

Huawei is not making dual-OS Android and Windows Phone

This site uses Akismet to reduce spam. Learn how your comment data is processed.